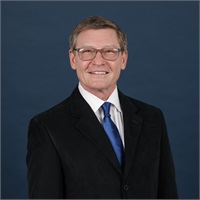 Mark began his career in the financial industry in 1994 as a financial advisor with First Investors Corp. Over his 27 years in the industry, Mark has continually worked to expand his knowledge to better serve his clients and has helped hundreds of individuals and business owners solve complex financial issues.

Mark studied at the Florida Institute of Technology, where he received his Certified Financial Planner® designation in 2000. After receiving his CFP®, Mark worked at National Financial Resources for two years before establishing his own business, Strategic Wealth Planning, LLC, in 2002. He worked to grow his business, advise his clients, and educate CPAs for many years before selling his practice and becoming a 401(k) consultant for ADP Retirement Services. Through this work, Mark became an expert on retirement plan design and consulting—knowledge that he continues to utilize for our retirement advisory clients here at Aileron Wealth Management.

After several years of designing and selling retirement plans with Merrill Lynch, Morgan Stanley, Edward Jones, and others, Mark finally returned to private practice with Ledford Wealth Management. There, he met David Doorneweerd, and the two soon partnered together to establish Aileron Wealth Management in 2014.

Mark grew up as a military child, and has lived all around the country. However, Central Florida has been his home since 1974. He’s been married to his wife, Tina, for 18 years. They live in Winter Park, Florida, with their two dogs, Pippen and Miles, and several rescued cats. Mark enjoys exercising, taking his dogs to the park, playing racquetball, mountain biking, and cooking in his spare time. He’s been a member of the Downtown YMCA since 1985 and is a volunteer courier for Be the Match, which matches cancer patients to stem cell donors for life-saving treatments.

In addition to his CFP®, Mark has received his Accredited Investment Fiduciary® (AIF) designation and the FINRA 6, 7, 63, and 65 securities registrations.